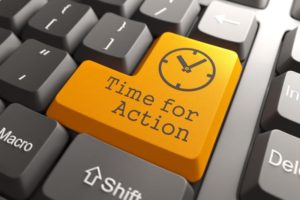 Services (TASS) multiple award, full and open IDIQ opportunity. DARPA released the draft RFP October 23, and is seeking questions and comments by November 13. Requests to meet one-on-one with DARPA are due November 6, and meetings will occur on November 21. DARPA plans to award up to seven contracts. The scope of work includes technical, financial, administrative, acquisition, and business services DARPA-wide

When DARPA released a Sources Sought notice in May, the agency expressed concern that due to the niche technical areas required they would not look kindly on “contractors monopolizing highly specialized subcontractor technical expertise via exclusive teaming agreements and therefore will be paying particular attention to compliance with FAR provision 52.203-2(a)(3) and FAR clause 52.203-6.” In fact, the draft RFP states that “In order to promote maximum competition, the Government discourages exclusive teaming arrangements.” Joint ventures are allowed.

Other items of note in the draft RFP include the requirement for vendors to hold a Top Secret facility clearance. Potential offerors must also pay close attention to the Organizational Conflict of Interest (OCI) clause which precludes vendors from simultaneously “acting as a technical performer” at DARPA. Six past performance references are required, and at least half must be from the prime.

Interestingly, the source selection process will be neither Lowest Price Technically Acceptable (LPTA) nor Tradeoffs. Per FAR 15.101 which allows agencies to define best value as using any one or a combination of source selection approaches, the offerors with the Highest Technically Rated proposal with a fair and reasonable price will be considered best value for IDIQ contract award. Factor 1 (Technical Experience) is the most important factor and is equal to Factor 2 (Management Approach) and Factor 3 (Past Performance) combined.

Teaming will be critical on this opportunity as niche subcontractors should work to team with multiple primes. With six incumbents and seven slots, there is room for new players, especially since only two primes – Booz Allen and Strategic Analysis, Inc. – had significant awards on the predecessor SETA contract. Companies have the opportunity to get in front of the customer by commenting on the draft solicitation and participating in one-on-one meetings.

If you need help with your teaming strategy, draft RFP comments and questions, preparation for Industry Day, and/or proposal writing and management, contact Lohfeld Consulting Group for an estimate.

Connect with Lisa Pafe on LinkedIn