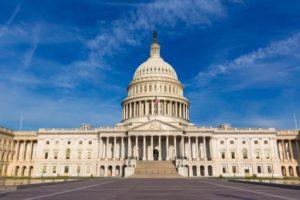 The White House’s recently released IT Modernization Report, out for public comment until September 20, says all the right things.

The American Technology Council draft, required by Executive Order (EO) 13800, Strengthening the Cybersecurity of Federal Networks and Critical Infrastructure, recommends that agencies take the following steps to secure and modernize federal IT:

These initiatives are like motherhood and apple pie, sure to enjoy bipartisan support.

Appendix D of the draft report recommends an acquisition pilot that applies Nash equilibrium, a game theory, to create virtual “street corners” to drive better government-wide volume pricing for cloud email providers, thus lowering costs and speeding migration. Appendix D also throws in a shout out to the 1929 Hotelling’s Law of Spatial Competition, a principle of minimum differentiation. Basically, this theory states that the government could use its purchasing power to more efficiently procure email services that are very similar across providers. Agencies could then take advantage of publicly advertised volume pricing that would create a base rate for cloud email licenses.

Comments due but sparse funding

The draft report recommends that OMB direct federal CIOs to coordinate with their chief financial officers and other senior agency executives to prioritize systems for modernization and reallocate resources accordingly. Meanwhile, the president’s fiscal 2018 budget calls for a $228 million technology modernization fund, which is a tiny percentage of the total request of $95.7 billion for government-wide IT spending.

The IT Modernization Act bill, which passed the House and is now in the Senate, calls for a slightly larger $250 million fund. The bill had previously died in the Senate after the Congressional Budget Office estimated that modernization would cost $9 billion over 5 years. This time around, CBO estimates the fiscal 2018 and 2019 cost at $500 million to finance a yearly $250 million IT modernization fund administered by a Technology Modernization Board. The bill would include a working capital fund for each major federal agency to retire and replace legacy systems and make all systems more secure.

All of this begs the question of enforcement and funding. The history of OMB directing agency CIOs to act is spotty. For example, in 2016 OMB’s Data Center Optimization Initiative directed agencies to develop data center strategies to save money, improve cybersecurity, and transition data to the cloud by September 2018. However, the Government Accountability Office reports that 17 of 22 agencies have no plans to achieve data center optimization by the deadline. The GAO report states, “Until agencies improve their optimization progress, OMB’s $2.7 billion initiative-wide cost savings goal may not be achievable.”

The ATC has solid ideas and good intentions. However, with less than 3% of IT modernization up for funding, stovepipe agency efforts to modernize, and OMB’s mediocre track record in getting agencies to comply with FITARA-directed IT initiatives, the future is uncertain.

This article was originally published September 14, 2017 in WashingtonTechnology.com.

Connect with Lisa Pafe on LinkedIn