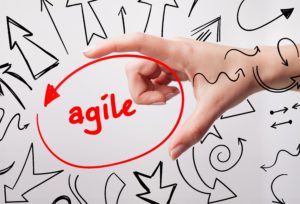 I was recently asked if I have used agile for proposal management on a bid to the Federal Government. This individual was working on a proposal where the targeted contract provides agile software engineering services for a major Federal Agency’s mission support systems. The individual was considering the application of agile principles to the proposal process itself—a great way to demonstrate corporate commitment to agile philosophies! This is an idea I have considered for almost 4 years but have yet to find the right environment/opportunity to put completely into practice. I am a Certified Scrum Master and work on many bids that involve agile methodologies as part of the solution. I suggest the principles of agile and scrum provide opportunities to improve our processes and the outcome of our proposals—that is, improve our win rates. The Five Scrum Values—applied to proposal management In this and future articles, I’ll explore the … END_OF_DOCUMENT_TOKEN_TO_BE_REPLACED 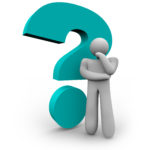 In the past year, two major Government Wide Acquisition Contracts (GWACs), Alliant Small Business and CIO-SP3 Small Business, had major on-ramps. On February 14, 2018, the General Services Administration (GSA) announced it awarded 81 vendors small business contracts. On February 28, 2018, the National Institutes of Health Information Technology Acquisition and Assessment Center (NITAAC) made a Pre-Award Notice to 40 Service-Disabled Veteran-Owned Small Business (SDVOSB) vendors for the Chief Information Officer-Solutions and Partners 3 (CIO-SP3) Small Business Ramp On. NITAAC expects to award more contracts to vendors in other small business categories shortly. Statistics from the Alliant Small Business and CIO-SP3 SB GWACs tell us that the top 10 vendors will likely receive 50% of all contract awards, and approximately 10% of vendors will never see a single award, as summarized below: Alliant Small Business Summary (awarded $5 billion to 65 vendors from 2012 to February 2018) Top 10 vendors … END_OF_DOCUMENT_TOKEN_TO_BE_REPLACED 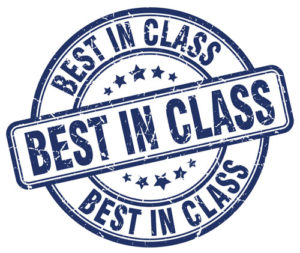 The Federal Government is encouraging agencies to use Best in Class (BIC) government wide acquisition contracts (GWACs) to better leverage their buying power. In a January 5, 2017 report, Improving Government Operations, Helping Agencies Be More Effective and Efficient, the General Services Administration (GSA) stated, “OMB named several government-wide contracts, including a GSA contract, as best-in-class federal contracting vehicles for procuring laptops and desktops. This initiative has already produced negotiated savings of up 27% on IT Schedule 70 contracts.” On April 12, 2017, the U.S. Office of Management and Budget (OMB) formalized GSA’s prompting by published a memorandum, Comprehensive Plan for Reforming the Federal Government and Reducing the Federal Civilian Workforce. In the memorandum, OMB Director Mike Mulvaney declared, “Agencies should consider leveraging…External service providers, including those providers on best-in-class contracts as part of the category management effort.” Since 2017, the government has encouraged agencies to use BIC GWACs to … END_OF_DOCUMENT_TOKEN_TO_BE_REPLACED 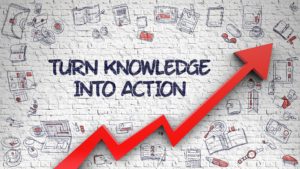 How difficult is it to collect proof points, metrics, resumes, or past performance related to an opportunity you’re trying to pursue? One way to improve access to your organization’s information assets and improve your win rate is by improving your internal Knowledge Management (KM) system(s). What is KM? Davenport[1] defines KM as “the process of capturing, distributing, and effectively using knowledge.” KM is a key element in successful business development (BD). Effective capture, storage, integration, and analysis of information is essential to understand and defeat your competition, create a winning solution, and represent your company as a capable, best choice for the job. Consider all the information you capture and maintain as a company: ·  Resumes ·  Past performance ·  Metrics ·  Boilerplate ·  Templates ·  Checklists ·  Best practices ·  Success stories and kudos ·  Financial data ·  Certifications and awards ·  Graphics ·  Debriefs ·  Lessons learned ·  … END_OF_DOCUMENT_TOKEN_TO_BE_REPLACED