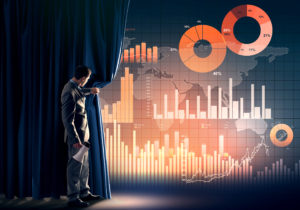 By now, federal contractors realize that they must own multiple award contracts to compete in the $95 billion federal market. (If we subtract classified spending from this figure, fiscal 2017 IT spending topped $80 billion).  Meanwhile, IT modernization and related initiatives such as strategic sourcing, category management, and Better Buying Power are dramatically shrinking the number of prime contracts. Best in Class (BIC) preferred and mandatory vehicles are further decreasing buying options. If you don’t have the MACs, you simply cannot compete. If you don’t believe me, look at the numbers. In 2012, according to Bloomberg Government, the federal government spent $6 billion on IT products and services through IT government wide acquisition contracts (GWACs). Overall, by 2017, that figure topped $13 billion with well over 60 percent of IT spending happening through GWACs and other MACs, including agency-specific IDIQs. In that same period, set-aside spending on MACs grew 137 … END_OF_DOCUMENT_TOKEN_TO_BE_REPLACED 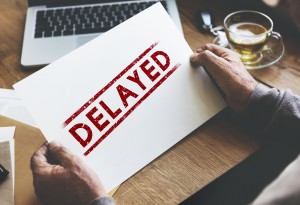 Bidders were surprised yet again by a second two-week extension on the General Services Administration’s (GSA) Alliant 2 Small Business (SB) and Unrestricted procurements. Bids are now due on Oct. 7. The finish line of final awards seems farther away than ever. With regard to the original extension, GSA stated that the purpose was to give bidders time to obtain contracting officer (CO) signatures. However, a second two-week extension raises questions as to what is happening behind the scenes. Pre-award protest filed and withdrawn, but another protest filed A protest was filed on Aug. 10 by Enterprise Information Services Inc., (GAO file no. B-413559.1.) This protest was subsequently withdrawn. On Sept. 14, Evolver Inc. filed its own protest (GAO file no. B-413559.2. Both companies are mid-tier in size. While GSA allows teaming for small businesses, giving them more options for meeting the rigid relevant experience and past performance standards, mid-tier companies … END_OF_DOCUMENT_TOKEN_TO_BE_REPLACED

Recently, I wrote an article about how to get ready for Alliant 2. Since then, many colleagues have asked, “How can I determine if my company has the capabilities to win a slot on this premier IT GWAC?” The answer is that nobody knows the exact score you need to achieve out of the maximum of 75,600 points. However, we can extrapolate from available data to make an educated guess as to who the winning companies might be and develop an estimate for winning point scores. The time to do so is now, as the final RFP is likely to hit the streets in April. Click to download PDF version of this article Picking Alliant 2 winners First, focus on the Product Service Codes (PSCs). PSC projects encompass 40% of the available points. Clearly, if your company has recent projects that match all the PSCs required, you will score quite … END_OF_DOCUMENT_TOKEN_TO_BE_REPLACED

The solicitations for GSA Alliant 2 Unrestricted and Small Business will be released shortly. There is no time like the present to get organized to win a seat on one of the most successful GWACs ever. Just look at the numbers—both Alliant and Alliant SB ranked as the second largest non-schedule MACs in 2015, with the Defense Department being a top user. With Defense Health Agency’s cancellation of its health IT contract vehicle in favor of Alliant, and DOD and Veterans Affairs modernizing health records, Alliant 2 (with a $50 billion ceiling for Unrestricted and $15 billion for SB) is slated to be a top vehicle for health IT. For small businesses that win Alliant 2 SB, this GWAC could be the key to graduating successfully from small to mid-tier. GSA Alliant 2 is a critical piece of the MAC portfolio that IT companies must have to succeed in today’s … END_OF_DOCUMENT_TOKEN_TO_BE_REPLACED