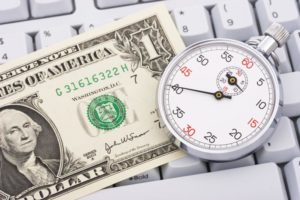 When President Trump announced the creation of the Office of American Innovation March 17, we were expecting…well, innovation. Interestingly, one of the first major recommendations coming out of this newly formed office was to urge the Department of Veterans Affairs (VA) to issue a sole source contract, likely worth billions of dollars, for the VA’s electronic health records (EHR) system. Sole source and innovation in the same sentence? It is certainly surprising. In his June 5 press release, Secretary Dr. David J. Shulkin announced his decision that the VA would adopt the Defense Department Military Health System GENESIS as its next-generation electronic health record system. To accomplish this innovation, Shulkin signed a Determination and Findings (D&F) that “there is a public interest exception to the requirement for full and open competition… the VA may issue a solicitation directly to Cerner Corporation for the acquisition of the EHR system currently being … END_OF_DOCUMENT_TOKEN_TO_BE_REPLACED