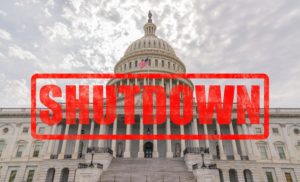 Mark Amtower’s January 19, 2018 show on Federal News Radio discussed the Federal Government shutdown and related steps contractors need to take—as well as Continuing Resolutions (CRs) and past shutdowns from both the government and contractor points of view. The show also provided step-by-step guidance on how to minimize a shutdown’s impact on contractors, employees, and their customers. Simon Szykman, former CIO of the Department of Commerce and NIST and current CTO of Attain, and Bob Lohfeld, CEO of Lohfeld Consulting Group, provide the commentary. The show is the first one that takes a close look at shutdowns and their impact on the contractor community. Some of the interesting discussions during the broadcast include: Mark Amtower pointed out an appalling statistic from the Bipartisan Policy Center—from 1976 to present, there have only been four budgets passed on time. The last one passed on time was in 1996—22 years ago. What … END_OF_DOCUMENT_TOKEN_TO_BE_REPLACED

Click here to listen to Mark’s interview On January 22, 2018 Amtower Off Center host Mark Amtower talked with Simon Szykman (CTO of Attain and former CIO of Commerce) and Bob Lohfeld (CEO, Lohfeld Consulting) about continuing resolutions and shutdowns. CRs are both a way of  life and a standing joke in the govcon arena, but there are consequences. Shutdowns, less frequent, but often threatened, have both significant costs and dire consequences beyond the parks being closed. Topics include: The impact of CRs on agencies and contractors The end-of-FY spending as a result of CRs The mandated preparation by contractors and Feds for impending shutdowns Small business collateral damage as a result of shutdowns Shutdown impact on the overall economy Hosted by nationally-known speaker and consultant Mark Amtower, Amtower Off-Center highlights the good, the bad, the ugly and the just plain silly of doing business in the government market. Every week experts … END_OF_DOCUMENT_TOKEN_TO_BE_REPLACED