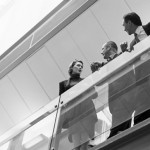 I started working proposals for a small business directly out of graduate school with no knowledge of federal contracting and about 3 hours of on-the-job-training. Increasing the pressure, 4 months into the job I was managing proposals on my own after the only proposal manager left for extended maternity leave. Despite the odds, I became a successful, confident, and sought-after proposal manager. During those first 2 years, I often had good reason to not feel confident, but I couldn’t let that hinder my performance. I learned to rely on three tactics to combat those early difficulties: Exude confidence even when I didn’t feel like it Be confident, despite my ignorance Don’t give up power in a conversation I was unfamiliar with proposals but was expected to manage them, so my confidence was naturally taxed. Initially, I undervalued the skills I accrued teaching writing as a graduate student at Texas State … END_OF_DOCUMENT_TOKEN_TO_BE_REPLACED