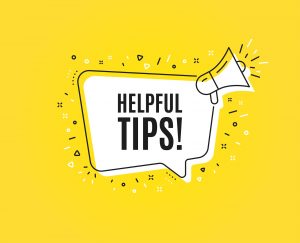 Proposal professionals are some of the hardest working people in any company. Despite their hard work, they may face a losing streak from time to time. These losses can erode their confidence, adversely affect working relationships, and even trigger job-hopping. Everyone faces losses at one time or another. For example, Steve Jobs is considered one of the greatest entrepreneurs of our generation, yet he prevailed despite numerous losses. When Apple and Lisa sales fell flat in 1985, he was ousted from his position as President. After leaving Apple, he founded NeXT, whose profits floundered. Ultimately, he purchased Pixar, returned to Apple, and the rest is history. In 2005, he gave an inspiring speech to Stanford University students about winning and losing. “I didn’t see it then, but it turned out that getting fired from Apple was the best thing that could have ever happened to me. The heaviness of being … END_OF_DOCUMENT_TOKEN_TO_BE_REPLACED

General Services Administration (GSA) schedules are the largest and most widely used acquisition vehicles in Government. Experience shows many companies do not make the most of their schedules for many reasons. Therefore, this article offers five practical tips a schedule-holder can take to optimize their investment in 10 minutes per day or less. Review Requests for Quotes (RFQs) Daily to Identify Potential Bids – Quickly scan the headlines on the front page of eBUY (GSA’s web portal) to determine if an opportunity meets your bid/no bid criteria. Schedule holders will see an average of 15 new bids weekly on Schedule 70 alone and a greater number in the fourth quarter of the Government’s fiscal year. Use Requests for Information (RFI) and Sources Sought Notices (SSN) to Grow Your Pipeline – While approximately 50% of RFIs become Request for Quotes (RFQs), the odds are favorable an RFI or SSN will become … END_OF_DOCUMENT_TOKEN_TO_BE_REPLACED 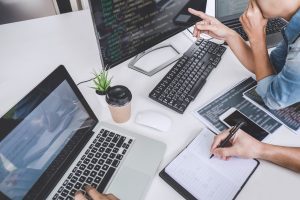 Proposal professionals can expect to see an increase in “coding challenges” added to Request for Proposal (RFP) requirements. Government and industry are using coding challenges to either down-select Offerors as an entry or final review gate after they submit a proposal. Coding challenges are tests sent to evaluate the offeror’s ability to build a minimal viable product (MVP) or web-based app to respond to a set of requirements. Government and industry set the ground rules for the challenge by defining the: challenge questions and instructions time allowed to complete the challenge location of the challenge size of the team able to compete platform and software to be used If Government and industry do not create their own challenge, they may use one on sites like CoderByte or HackerRank. THREE CODING CHALLENGE EXAMPLES GSA Comet – The General Services Administration (GSA) CIO Modernization and Enterprise Transformation (COMET). COMET will require offerors … END_OF_DOCUMENT_TOKEN_TO_BE_REPLACED 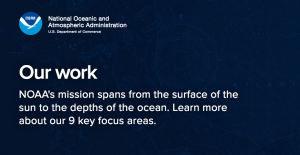 The National Oceanic and Atmospheric Administration (NOAA) Mission Information Technology Services (NMITS) opportunity is a $2B+ small business Indefinite Delivery Indefinite Quality (IDIQ) contract designed to help NOAA meet its IT requirements. The NMITS RFP will be released in FYQ2 2019 and awarded in early 2020. It will have a five-year base period, five one-year option years and the ability to award tasks up to 60 months past the end of the ordering period – for a total of 15 years. During NMITS Industry Day on November 29, 2018, NOAA indicated it expects to award 10-25 contracts, it does not intend to release another draft Performance Work Statement (PWS), and it will release Industry Day slides and questions and answers in December 2018. Winning offerors will demonstrate extensive corporate experience and expertise in all the service areas listed below in addition to crosscutting experience in program, quality, customer satisfaction, prevention, … END_OF_DOCUMENT_TOKEN_TO_BE_REPLACED